Fourth Of July Holiday—Some Trivia And A Fireworks Safety Quiz 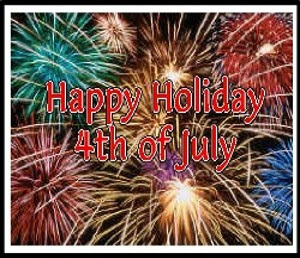 July 4, Independence Day—on this date in 1776, the Declaration of Independence was approved by the Continental Congress, setting the 13 colonies on the road to freedom as a sovereign nation. The U.S. Constitution, the document that emerged from the 1787 Philadelphia Convention, is the oldest national constitution in the world.

As always, this most American of holidays will be marked by fireworks, parades, and backyard barbecues. Fireworks displays are common throughout the world and are the focal point of many cultural and religious celebrations. Fireworks were invented in ancient China to scare away evil spirits, as a natural extension of the Chinese invention of gunpowder.

With 4th of July fireworks comes the concern for safety. A reality for the holiday is that fireworks cause thousands of injuries, and even some deaths, in addition to enough fires to make July 4 the day with the most reported fires across the United States according to the National Fire Protection Association.

So…how much do you know about fireworks safety? Here's a 9 question quiz to test your knowledge. Correct answers are at the end.

4)  You should skip buying fireworks in brown paper packaging as that could be a sign that they're made for professionals, not consumers.
a:  true
b:  false

5)  If a pack of fireworks has not fully functioned, you should cautiously relight it.
a:  true
b:  false

6)  What's the best way to dispose of a used firework?
a:  throw in trash
b:  use hose or bucket of water to soak them then throw away
c:  bury them

7)  Last year what was the most common fireworks injury?
a:  fractures and sprains
b:  contusions and lacerations
c:  ear injuries
d:  burns
e:  eye injuries

And now, for those of you who want to see how well you did on the quiz—

2)         the correct answer is c…50 percent, when shooting fireworks keep a bucket of water or sand available.

5)         the correct answer is b…false, any malfunctioning fireworks should be soaked in water and then thrown away

Posted by Shawna Delacorte at 4:34 PM No comments: 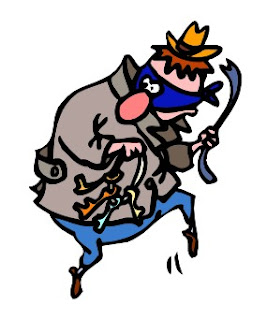 According to the FBI, retail crime in the US is a $30 billion a year business.

When you think of items most stolen, what comes to your mind?  There are cars, of course.  Any and all types of electronics such as smart phones, tablets, gaming systems.  Certainly jewelry.

1)  The Bible:
Of stolen books, the Bible is the most stolen.  Apparently the "Thou shall not steal" commandment must have escaped their attention.  This most stolen book is of particular curiosity since Bibles are available for free from so many different places of worship and can routinely be found in hotel/motel rooms.

2)  Pregnancy Tests:
At first glance, this seems like a very strange item to be on a frequently stolen list.  Are there so many women out there who are so desperate to know if they're pregnant that a drug store over the counter pregnancy test has made the list?  This item is popular among thieves for a couple of reasons.  First, it's easy to steal.  Lots of little boxes on a shelf can be swept into a large handbag in one quick swipe of the arm.  And second, as with many over the counter items, it can be a little too pricey for something that can be used only once.

3)  Nutella:
I can hear you saying…What?  Stuff you spread on your morning toast is an attractive item for thieves?  Well, apparently the answer is yes.  Grape jelly and strawberry jam are one thing, but Nutella's chocolaty hazelnut spread is highly desirable.  German police reported that 5,000 jars of Nutella valued at $21,000 were stolen from a warehouse.  And at Columbia University in New York the cafeteria was going through 100 pounds of Nutella a day when it first appeared in the dining halls.  Students were filling to go cups and even taking full jars with them.

4)  Hair Extensions:
A rash of hair extension heists have been prevalent in cities like Chicago, Philadelphia and Houston.  The thieves target top-of-the-line human hair extensions that cost up to $1,000/pack.  The average person uses 2 packs each time and the hair needs to be replaced every 3 to 6 months.

5)  High-End Vacuum Cleaners:
While the other items on this list are small and easily concealed, a vacuum cleaner is not exactly the type of item a thief can tuck away in a pocket or shoulder bag.  But apparently the updated versions are lighter, sleeker and come in smaller boxes that don't attract a lot of attention.  Thieves like them because they are highly valuable, very expensive and easy to resell.

6)  Energy Drinks:
The more advertising dollars that are spent on a product the more valuable a target that item becomes, and energy drinks are highly marketed.  An energy drink that sells for $3/each can be quickly and easily sold by thieves for $2/each making them a lucrative item.

7)  Tide:
You would think those big bright orange containers would make it difficult to sneak them out of a store.  However, thieves make lots of money from stealing Tide because they reportedly sell the detergent back to the stores at a much cheaper price than Procter and Gamble charges the same stores for their product.

Of course, this doesn't mean your car, electronic toys, and jewelry are now safe because the thieves are busy stealing Bibles.  :)

Posted by Shawna Delacorte at 3:28 PM No comments:

IS IT SODA OR POP OR SODA POP? 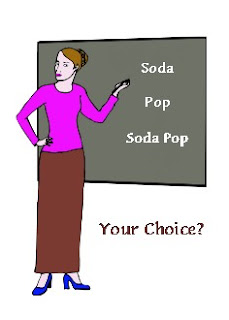 As a general statement of fact, we can safely say that English is a difficult language to learn if you didn't grow up with it.  So many letter combinations that are pronounced different ways in different words, silent letters that don't seem to have any reason to be in the word at all.  And as a constantly growing language, we have added many words with origins from other languages, especially here in the U.S. during our formative years as a new country.

I recall a time not that long ago when France made a concentrated effort to purify the French language by banning all foreign origin words even though saying the same thing in French took two and three words rather than the one word being replaced.

Unlike other languages that have set rules for specific situations when spelling and pronouncing, English is more flexible with its rules.  I think we've all laughed at the spelling rule that says "i before e" and then in the same sentence starts naming the exceptions "except after c" followed by exceptions to the exception "or when sounded as a as in weigh" and then even more exceptions.  Kind of leaves you scratching your head and wondering how anyone ever learns English as a second language.  :)

But what about those words where we all agree on how they are spelled and what they mean, but we're a little confused on which is the appropriate word to use.

And, of course, there's the ever popular submarine sandwich or sub for short…not to be confused with its twins such as the hoagie, grinder, Dagwood, and Po' boy.  Again, primarily regional usage.

As with all (or most?) countries, there are different regional pronunciations for the same word.  We can consider a choice between car-ml and carra-mel for the sticky candy.  And then there's that choice between coo-pon and cue-pon.  And what about the choice of may-uh-naze or man-aze?

Uh oh…I think I'm getting a headache.  It's time to have some dessert (as in pie with some ice cream on top), then desert this effort (as in abandon), and take a trip to the desert (as in arid region).

Email ThisBlogThis!Share to TwitterShare to FacebookShare to Pinterest
Labels: language

EXPENSIVE CELEBRITY WEDDINGS: Were The Nuptials Worth The Price Tag? 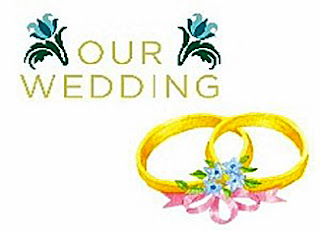 June is traditionally a wedding month, we've all heard the expression June bride.  Well, since this is June, I thought I'd provide a little information about expensive celebrity weddings (any actual connection to June is purely coincidental).  This is just a sampling, not the only high dollar nuptials.

$4,200,000         Paul McCartney and Heather Mills
Married in 2002 in a castle in Ireland and treated guests to luxury yacht following the ceremony.  However, the cost of the wedding pales in comparison to the money spent on their bitter divorce 6 years later.  (Divorced)

$2,000,000         Tom Cruise and Katie Holmes
Married in 2006 in a 15th century Roman castle.  The guest list included Will and Jada Pinkett Smith, J. Lo, and the Beckhams. Katie wore a custom designed Armani gown and they had a 5 tiered white chocolate cake.  (Divorced)

$800,000            David and Victoria Beckham
Married in 1999, the bride wore a silk gown with a 20-foot train and a diamond encrusted crown.  Only 250 invited guests who were treated to a special performance by Elton John and fireworks.

And finally, for a mere
$158,157            Chilliy Pasternak and Baby Hope Diamond
Married in July 2012.  What's that?  You've never heard of the bride or groom?  Well, that's understandable since they're dogs.  Their wedding can claim the Guinness Book Of World Records for the most expensive dog wedding.  Now, before you become incensed about that much money being spent in these economic times, let me explain.  First, all the services for the wedding were donated.  Second, the wedding was a fundraiser for the Humane Society of New York.

Posted by Shawna Delacorte at 7:04 PM No comments: