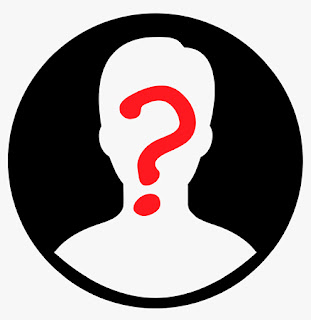 As children, we're told we can grow up to be anything we want.  We can grow up and change the world.  However, the reality is that when we grew up we hopefully had a positive impact on our family, our jobs, our surrounding and with any luck also our community.  But not many of us have actually ended up changing the world in massive ways simply by working hard, thinking quickly, or just doing our jobs properly.  Many of these people were lost to history for a number of reasons—cultural differences, minority status, military secrecy, and in a few cases, just plain modesty.

It's World War II, the Army's 23rd Headquarters Special Troops, also known as the Ghost Army, played a major role in putting a halt to Hitler's advances through Europe.  In reality, the Ghost Army consisted of 1,100 soldiers who were artists, illustrators, sound technicians, and other creative types who used their brains and specific creative skills to win battles.  Their mission was to trick the enemy into believing there was a huge military presence where one didn't really exist.  Through the use of fake inflatable tanks, trucks and weapons in conjunction with war noises through huge military speakers, the Ghost Army played a major role in helping America's Ninth Army to cross the Rhine River deep into German territory.  The Ghost Army pulled off more than 20 such missions, all of which remained classified until 1985.

Security guard Frank Wills was making his rounds when he noticed a small piece of duct tape on a door in an office complex.  Wills removed the tape, but found it there again on his next patrol of the night.  He immediately called the police.  The date—June 17, 1972.  The location—an office complex in Washington D.C. named Watergate. Minutes later, 5 middle-aged men were caught ransacking the headquarters of the Democratic National Committee thus launching the scandal that would eventually cause President Richard Nixon to resign and would later be turned into the Robert Redford and Dustin Hoffman film All The President's Men.  Sadly, his life took a turn for the worse after that.  He quit his job at the Watergate after being turned down for a raise and found that many places were too afraid to hire him as a security guard allegedly because they feared retaliation by Republican politicians.  He ended up in prison, then destitute, before dying of a brain tumor in September 2000.

Even though he's generally unknown to all but the most dedicated Revolutionary War aficionados, there are 38 towns and 14 counties named after him.  A Boston doctor who performed the autopsy on Christopher Seider, the first American killed by British troops in the Boston Massacre.  When things between the colonists and the British became even more heated, he put together a military unit and participated in the Battle of Bunker Hill (which was actually fought on Breed Hill) where he died from a British musket ball through his brain.

We all know some facts about DNA such as you can extract it from fossilized remains to bring back dinosaurs and it can be altered to create ninja turtles.  But seriously…Rosalind Franklin, physical chemist and pioneering x-ray crystallographer with a PhD from Cambridge, was born in London, England.  The new technique of using x-ray crystallography on things that weren't actually crystals aided in accurately recording the structure of DNA.  Even though her work provided the linchpin of James Watson and Francis Crick's articles establishing the double helix theory, she was mostly ignored and brushed aside as far as being given credit for her work.  She died in 1958 at age 37 from ovarian cancer.

Highly intelligent, a fossil collector and paleontologist at the beginning of a century marked for tremendous advances in the practice and philosophy of science, she was royally screwed over from the beginning.  She had three strikes against her—she was poor, a religious minority, and (worst of all) a woman.  She was officially shunned by the British scientific establishment even though she had discovered the world's first correctly identified ichthyosaur skeleton when she was only 12.  Soon, geologists and paleontologists across the Western world knew her by reputation despite receiving almost no formal education and barely having enough money for journal subscriptions.  She died in 1847 of breast cancer.  She received an eulogy from the Geographical Society of London (where women weren't admitted until 1904), a glowing article by Charles Dickens in 1865, and a 2010 mention by the Royal Society as one of the 10 British women having the greatest impact on history.  And there was a tongue-twister about her day-to-day business of selling marine fossils.  We know it better as She sells sea shells down by the sea shore.

One of the most significant people in Islamic culture remains nearly anonymous in European history even though he single-handedly set the groundwork for traditional Spanish music.  Ziryab was a highly educated North African slave in the approximate year of 800.  In addition to his strong point of music, he invented numerous dyes and chemicals for clothing, makeup, and hygiene.  He introduced the idea of seasonal fashions, came up with the structure of the traditional three-course meal consisting of soup, entrée, and dessert.  He also popularized shaving and short haircuts as a way of beating the fierce Mediterranean heat.  It's also said he invented the world's first underarm deodorant and an early type of toothpaste that was both effective and also had a pleasant taste. 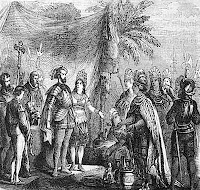 Dona Marina (as the Spanish called her) was 1 of 20 slave women given to the Spanish as the spoils of battle in 16th century Mexico.  Her skill with languages made her far more valuable than merely being Cortes' mistress.  She was instrumental to the small Spanish army's eventual victory by interpreting intelligence information and cultivating allies among the many tribes fed up with being kicked around by the Aztecs.  She's a controversial figure today.  Some argue that she was working in the best interests of her native people by aiding the Europeans and convincing Cortes to be more humane than he might have been.  Others think she was a traitor and her name is almost a curse.  Either way, without her the Cortes expedition might not have succeeded and history would have been changed forever.

Vasili got his start in the Soviet Navy at the tail end of World War II and worked his way up through the ranks where he became the executive officer on the Soviet Navy's hotel class nuclear submarine K-19.  From there, he was dispatched to the Caribbean to command a group of 4 nuke-armed Foxtrot-class patrol subs.  And it was there that he made a decision that literally had a life and death impact on the future of the world.  He found himself in a sticky situation as his Foxtrot came under what seemed very much like an American attack (The US Navy saying it was only dropping practice depth charges in an ill-considered attempt to force the sub to the surface).  The Soviet sub's captain and political officer both demanded that they retaliate with nuclear torpedoes.  They hadn't had any contact with Moscow in days and didn't know if World War III had actually started or would start as soon as they fired back.  Vasili refused to authorize the launch.  The sub eventually surfaced and scampered away from the American task force with no further interaction.  Vasili advanced to vice-admiral, retired, and died in 1998.  It was 4 years later when former NSA head, Thomas Blanton, called him "the guy who saved the world."

Posted by Shawna Delacorte at 8:12 AM

This is all so interesting, especially the Ghost Army. Love to learn new things!

Dr. Nancy Books and Everything Else said...

Wow! Each of these people could be a blog by themselves. What interesting information!--Nancy Brashear

Lucy: I saw a segment of a tv show about the Ghost Army. It was fascinating.

Nancy: You're right, each of them is an interesting subject on its own.